Initially, we just used our own GPS data to generate the hints. But there is no reason why we couldn’t process any GPS data we can get from other sources. So I was really excited when long time Brazil mapper Wille Marcel got in touch with a cool idea. He worked with the Brazilian Environment Ministry, which collects GPS data of the vehicles that work in environmental monitoring. Most of the data are in rural areas where OSM is much less complete. So this was a perfect fit for ImproveOSM’s missing roads tool.After getting the proper permissions from the agency, Wille sent us the GPS data and we started analyzing it.

We quickly realized that the GPS data is much less dense than what we are used to working with. Some missing roads were only driven once. Our algorithm, tuned to higher density data, initially only detected a few tiles. We decided to loosen the detection threshold significantly for this particular dataset. After a few iterations of tweaking and testing, we ended up withmore than 5000 tiles containing missing roads based on Wille’s GPS data. 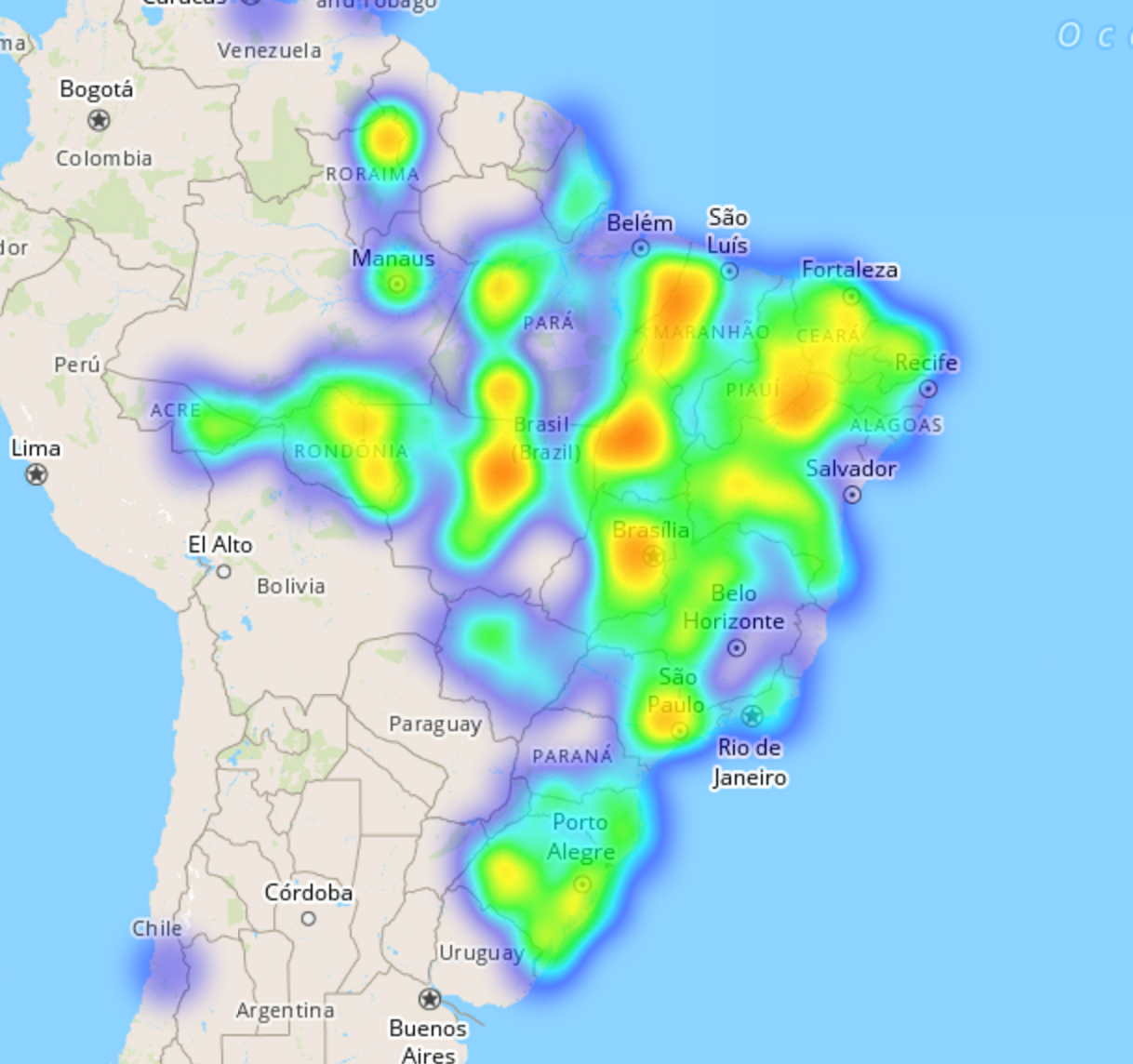 The missing roads in Brazil are on ImproveOSM now, so why not go to the web site or fire up the ImproveOSM JOSM plugin and help the Brazilian community out by adding some missing roads?If you are in a similar position as Wille and know of a source of free and open GPS data for your country, please get in touch with me so we can look at the data and see if we can include it in ImproveOSM.

We are already working with a number of other folks who have lots of GPS data. Soon, the number of missing roads, one-ways, and turn restrictions in ImproveOSM will be much, much bigger. We are also working on a host of new features, so I hope you will stay tuned to the ImproveOSM blog to be among the first to hear about what we have up our sleeves for ImproveOSM and other OSM related projects we are working on. And follow us on Twitter at @ImproveOSM!